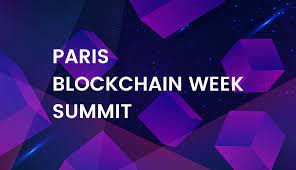 Last week, Paris hosted the two-day Paris Blockchain Week Summit. Over 3,000 crypto aficionados attended the event, which included some of the industry’s most prominent figures. The event was held at the Palais Brongniart, a new conference centre which was once the home of the Paris stock exchange. Experts and keynote speeches at the Paris Blockchain Week Summit included Changpeng “CZ” Zhao from Binance, Tether’s Paolo Ardoino and Rumi Morales from Digital Currency Group.

1. Binance is planning a $100 million investment in the French cryptocurrency industry

Binance CEO CZ gave the opening keynote speech on stage, describing a “great shift in attitude” among policymakers and legislators over the past year before claiming that France is “uniquely positioned” in terms of regulations, talent, and expertise, and has the potential to become Europe’s leading crypto hub. Binance’s recent decision to invest 100 million euros in French Web3 startups in partnership with incubator Station F was also announced by CZ.

In a cooperation with Tether, the southern Swiss city of Lugano announced in March that it would embrace Bitcoin (BTC) and Tether (USDT) as de facto legal cash. Because of its progressive principles, it has attracted a lot of attention from the crypto world since then.

In an interview with Cointelegraph, Ardoino, Tether’s chief technology officer, revealed some statistics, saying, “We have been able to start onboarding 25 to 30 different companies and startups, […] which are valued between 300 and 400 million Swiss francs between the company’s assets and private wealth.” Tether’s aim to build educational programmes for university students in the region, as well as sponsor them, was also mentioned by Ardoino.

During the “DeFi Security: The Risks Behind the Yield and Mitigation” event, Lawrence Tan, Bybit’s spot business development director, provided his perspective of decentralised finance’s security landscape on stage. He claims that the majority of security breaches in the space are caused by four major vulnerabilities: administrator key compromises, coding errors, rug pulls, and flash loan assaults.

Following a year of several exploits and hacks, Tan urged for more instructional security resources inside the space, citing the famous Ronin bridge attack as an example.

4. The CEO of Ripple is hopeful about the outcome of the SEC case

In a fireside discussion on cryptocurrency rules, Ripple CEO Brad Garlinghouse expressed confidence about the continuing Securities and Exchange Commission action, adding, “The lawsuit has gone very well, and far better than I could have dreamed when it began around 15 months ago.”

5. Nicolas Cary of Blockchain.com reflects on a decade of cryptocurrency.

Cointelegraph editor-in-chief Kristina Cornèr and Blockchain.com co-founder Nicolas Cary analysed the evolution of the crypto sector after ten years in business, with Blockchain.com started in 2011 and Cointelegraph poised to achieve the landmark figure next year.

During the conversation, the two also spoke on the nature of anonymity in the space and the vision for democratisation that blockchain instils, with Cary stating that “We are building fabrics of the internet that would allow anyone regardless of their circumstances to trade, exchange, save, earn rewards of different types of digital wealth.”