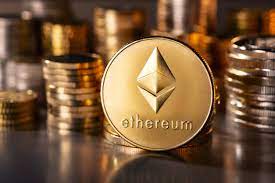 The Merge was successfully completed by Ethereum, ushering in Ethereum 2.0. The proof-of-stake (PoS) model, which aims to increase the security and scalability of the network, has officially replaced the proof-of-work (PoW) model for the Ethereum blockchain.

On 15th September. the transition took place at block 15537393. Except for one minor issue, nothing major happened. Some investors referred to the merge event as the best-case scenario because one block was absent. Ethereum mining will stop with the transition from a proof-of-work (PoW) model to a proof-of-stake (PoS) one. It won’t be necessary to produce or mine new Ether using power-hungry computers.

The energy used by the Ethereum network will be lowered by 99.95% as a result. Ethereum will rely on stakers to safeguard the network rather than miners, which will also make the act more accessible to more people. Since Ethereum was one of their major sources of income, mining pools have been making efforts to ensure that their money is at least somewhat preserved during the changeover. Several are currently focusing on Ravencoin and Ethereum Classic (ETC) (RVN).

Although the transition to PoS has long been anticipated, developers have had to take into account the technological scope of the move. The PoS approach is thought to increase the safety and scalability of the Ethereum network.

The hours following “The Merge” have seen little change in the price of Ether or the cryptocurrency market in general, but its true effects won’t be felt for several more months. Analysts predict that the PoS mechanism will demonstrate its benefits in the upcoming months as it contributes to making Ethereum more scalable.

While “The Merge” does not specifically address concerns about speed and transaction costs, it does lay the groundwork for improvements in the future that will. Other methods, such as Layer 2 scaling solutions, can help with those issues. Unsurprisingly, a lot of well-known figures in the cryptocurrency sector and the community at large used social media to commemorate the event. Vitalik Buterin, the co-founder of Ethereum, said that it was a significant occasion for the Ethereum ecosystem and that everyone who contributed to it should feel extremely proud.

The organisation Yuga Labs, which is in charge of NFT collections such Bored Ape Yacht Club and CryptoPunks, praised the Ethereum team for their efforts as well. Many people concur that a new era has started after Polygon Network co-founder Sandeep Nailwal claimed that The Merge had introduced the network to the “PoS world.”

After the publication of the Bitcoin whitepaper, ShapeShift founder Erik Voorhees referred to it as “the most momentous event in crypto’s history.” Theoretically, Ethereum is now more environmentally friendly because it uses 99.5% less energy.