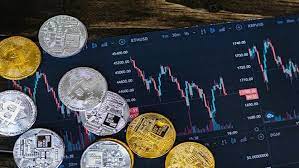 Earlier this week, EU officials managed to reach a consensus on what would likely be the first significant legal framework for the cryptocurrency sector. After hours of negotiations, an agreement was reached in Brussels by the European Commission, EU lawmakers, and member states. The action was taken a day after the three major institutions confirmed their plans to combat cryptocurrency money laundering.

The new regulations are implemented as the market for digital assets is experiencing its worst quarter in more than ten years. Markets in Crypto-Currencies Act, or MiCA, is a landmark law that is intended to make life more difficult for many participants in the cryptocurrency market, including exchanges and producers of so-called stablecoins, tokens that are expected to be pegged to established assets like the US dollar.

Stablecoins like tether and Circle’s USDC will need to keep enough reserves on hand to fulfil redemption requests in the case of large-scale withdrawals under the new regulations. Stablecoins that become too big risk having their daily transaction volume restricted to 200 million euros.

If it is determined that cryptocurrency platforms do not adequately safeguard investors, endanger market integrity, or threaten financial stability, the European Securities and Markets Authority, or ESMA, will be given the authority to intervene and ban or restrict those platforms.

Stefan Berger, the lawmaker who oversaw negotiations on behalf of the European Parliament, said, “Today, we put order in the Wild West of crypto assets and set clear rules for a harmonised market that will provide legal certainty for crypto asset issuers, guarantee equal rights for service providers, and ensure high standards for consumers and investors.

The MiCA will address the environmental issues surrounding cryptocurrencies and require businesses to disclose their energy usage as well as the environmental effects of their digital asset holdings. Crypto mining, the energy-intensive process of creating new bitcoin and other tokens, was previously proposed to be eliminated. However, in March, lawmakers rejected it by a vote.

The regulations won’t apply to tokens without issuers, such as bitcoin, but trading platforms must inform customers about the possibility of losses while trading digital tokens. The proposals did not include non-fungible tokens (NFTs), which reflect ownership in digital assets like works of art. Within 18 months, the EU Commission is expected to determine whether NFTs need their own regulatory framework.

Separately, officials on Wednesday approved measures that will lessen anonymity for some crypto transactions. Authorities are extremely worried about the use of cryptocurrency assets to launder illicit proceeds and evade sanctions, especially in light of Russia’s ongoing invasion of Ukraine.

A problematic topic for crypto fans who frequently trade digital currencies for privacy concerns, transfers between exchanges and so-called “un-hosted wallets” owned by individuals will need to be recorded if the amount exceeds the 1,000-euro level.

The guidelines were developed in response to terraUSD’s demise, a so-called “algorithmic” stablecoin that attempted to preserve a $1 value by employing a sophisticated algorithm. The disaster caused the whole crypto market to lose hundreds of billions of dollars.